Jurgen Knubben was born in 1955. In 1973 he started his career as a young sculptor with the first participation in the show „Junge Kunst“, at the Stadtmuseum in his hometown. From 1977 to 1982 he studied at the University of Tübingen.  From 1993 until now Knubben has worked as director of the Forum Kunst Rottweil (Art Association). He curated many shows of German and International artists, directed symposia and art projects and, at the same time, he had a lot of solo exhibitions as well as group exhibitions in Germany, Switzerland, France, Italy and Finland. In 1994 Knubben won the Art Award of Bamberg and, in 1997 and 2007 with the prize of the Cultural Fundation of Rottweil; in 2006 Knubben was visiting professor at the University of Taipei (Taiwan, Republic of China). 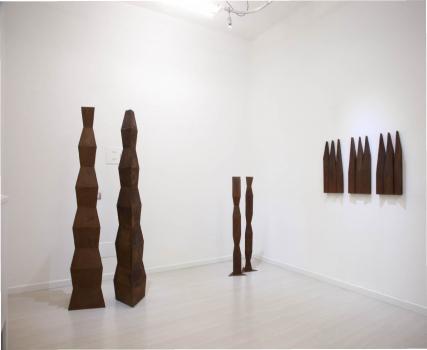