Albert Hien was born in Munich in 1956. He has always lived and worked between Munich and Hochstätt in Germany. In 1982 – as a student – Hien was invited to his first documenta participation in Kassel. What followed was a rapid career with numerous exhibitions and large-scale installations: at the new Hans-Hollein-building of the Abteiberg Mönchengladbach Museum under the aegis of legendary Johannes Cladders in 1984, at the Folkwang Museum in Essen also in the same year, at the National Gallery Berlin in 1985, at the Kunsthalle Köln Museum in 1986 and at the Städtische Galerie im Lenbachhaus in 1991. As curator of the German Pavilion at Biennale di Venezia, Armin Zweite invited Albert Hien to Sao Paulo in 1985. Hien also participated in documenta 8 in 1987. He presented his works in numerous museums and foundations and, since 2001, he holds the professorship at the Academy of Fine Arts in Munich, Germany. 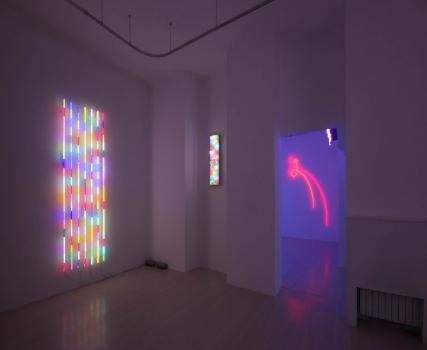