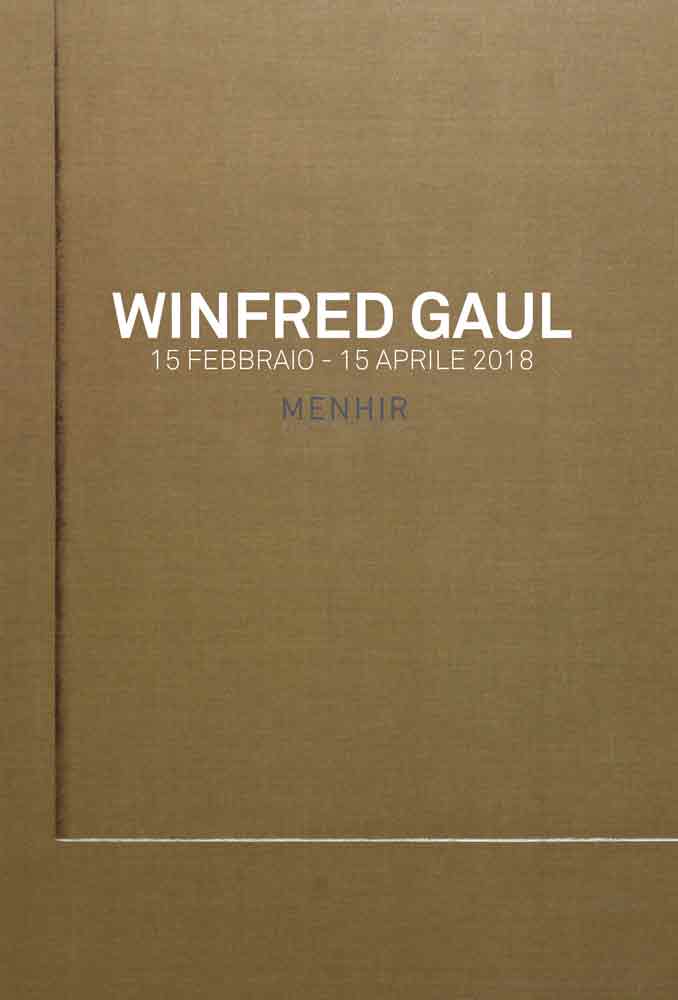 Menhir Arte Contemporanea gallery in Milan is pleased to announce the exhibition dedicated to Winfred Gaul (1928-2003), one of the German painters, who mostly left a mark on the abstract research in the second half of the twentieth century. Active since the fifties, Gaul gained his first appreciations from general public and critics for his informal works, some of which were also displayed at “Documenta 2”, in Kassel, in 1959. The solo exhibition in Milan mostly focuses on the two immediately following periods, which introduced him to the Italian general public as well: the geometrical one and the analytical one.

He had many bonds with Italy: actually, at the time, the German artist worked with Italian galleries (Polena of Genoa and Peccolo of Livorno) and he was a tireless explorer of the panorama of the Abstraction in Italy, where he travelled a lot of times since the sixties. His role in the birth of the Analytical Painting in the seventies was fundamental: along with the critic Klaus Honnef and with his Italian friend and colleague Gianfranco Zappettini he was among those who – by texts and artworks – gave a key contribution to the international development of this current: with his “Markierungen” he went back to Kassel, for “Documenta 6”, in 1977.

Of these central phases of his pictorial exploration, which he carried on tirelessly until his death in 2003, the exhibition features different examples. Geometrical works which since “Signals” evolve to a research similar to the Concrete Art, with the flats of colour which create shapes themselves instead of being delimited by them. The analytical ones, the “Markierungen”, push the painter’s intervention until the zero degree. This intervention can be limited to a simple sign on the untreated canvas, searching for the grammatical embryo of the pictorial language.

After solo exhibitions of Noël Dolla, Hansjörg Glattfelder and Gianfranco Zappettini, Menhir Arte Contemporanea carries on its research troughout the European art history of the second post-war with Winfred Gaul. The exhibition (since the 16th of February to the 15th of April) is accompanied by a catalogue which include texts of the curators Marco Meneguzzo and Alberto Rigoni