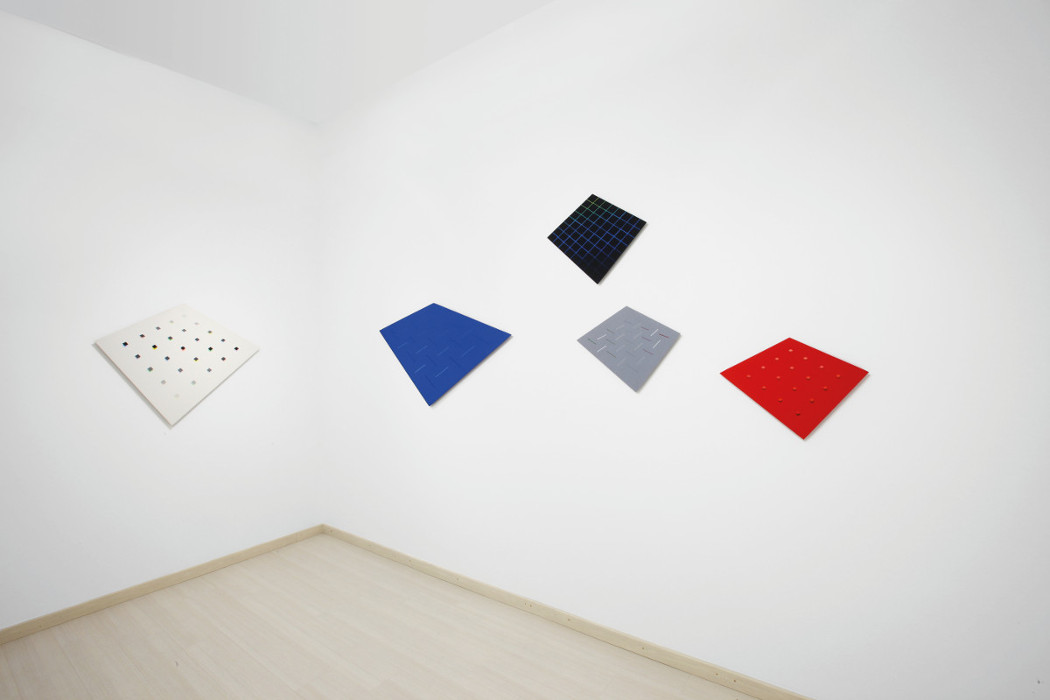 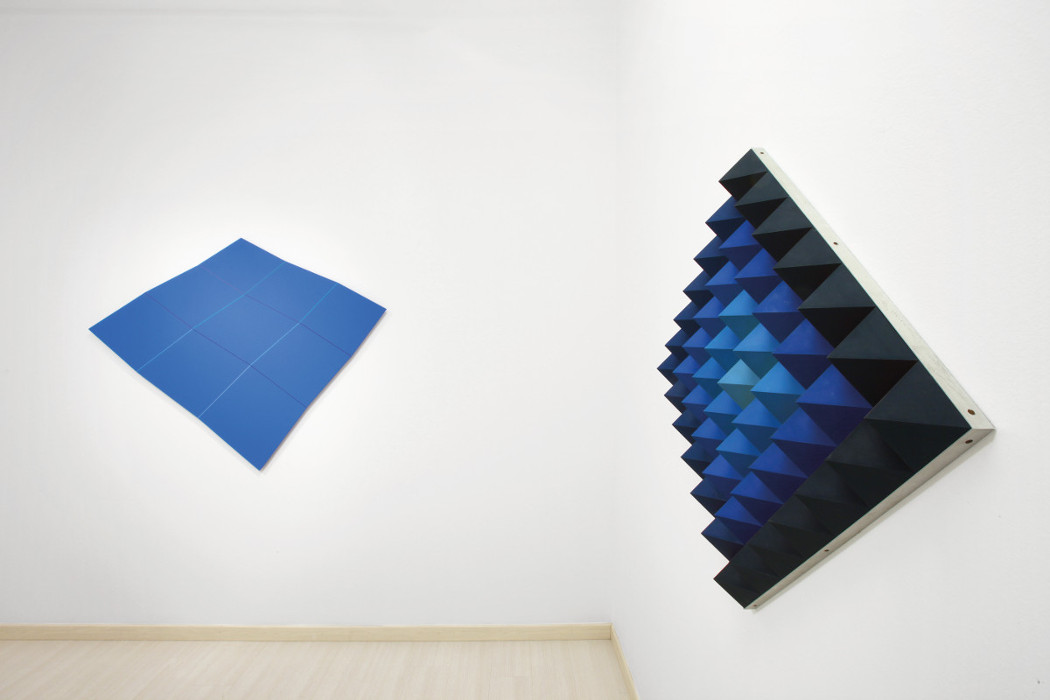 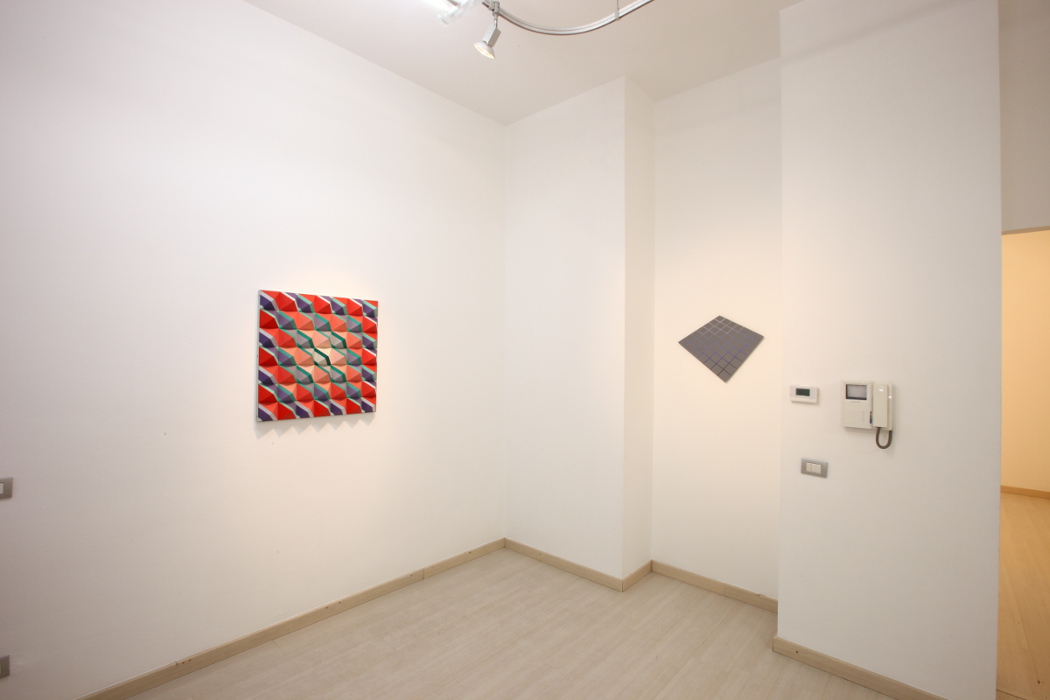 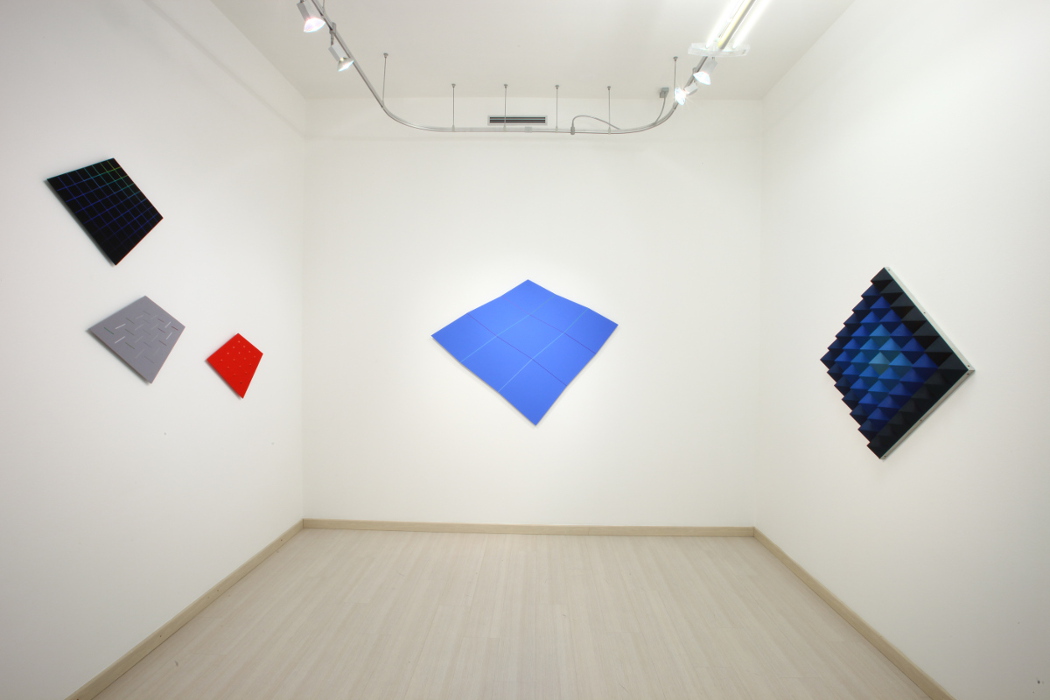 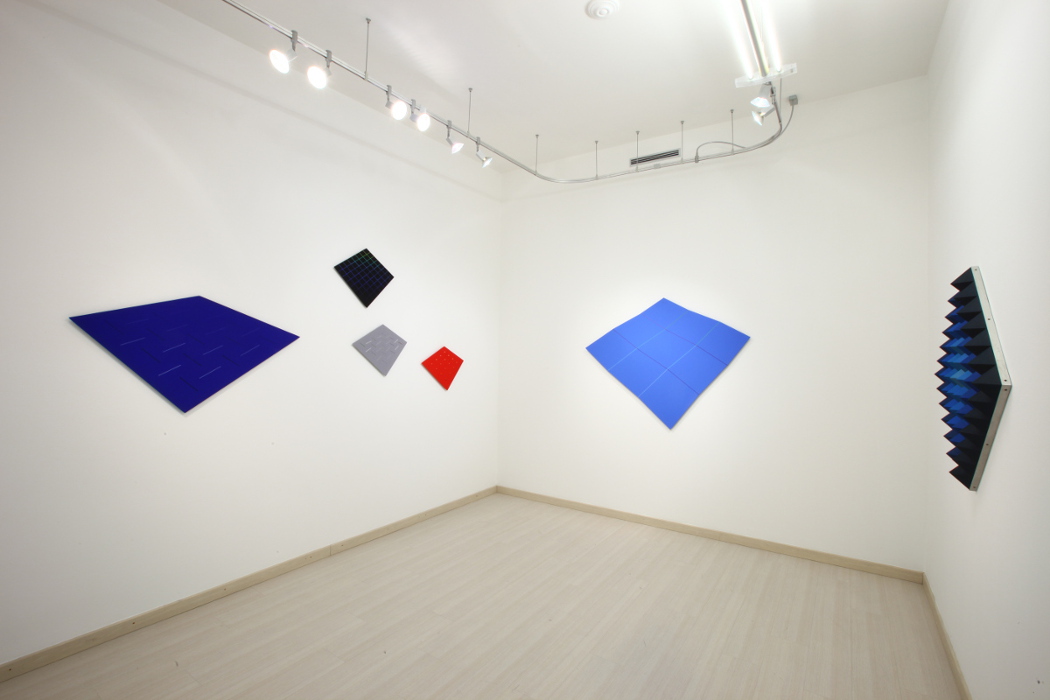 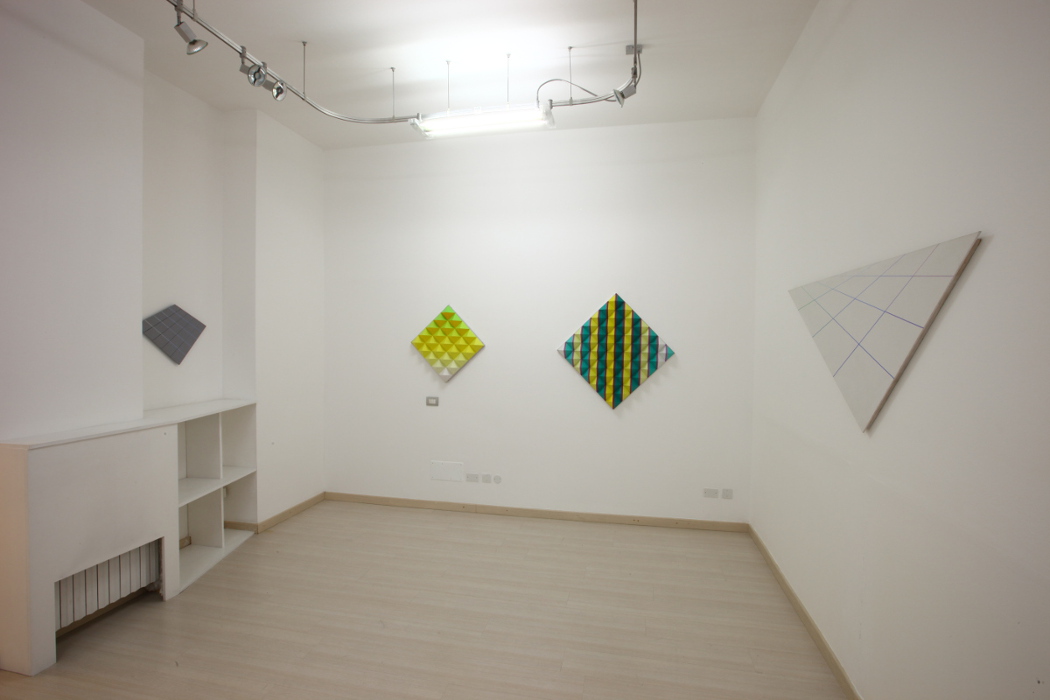 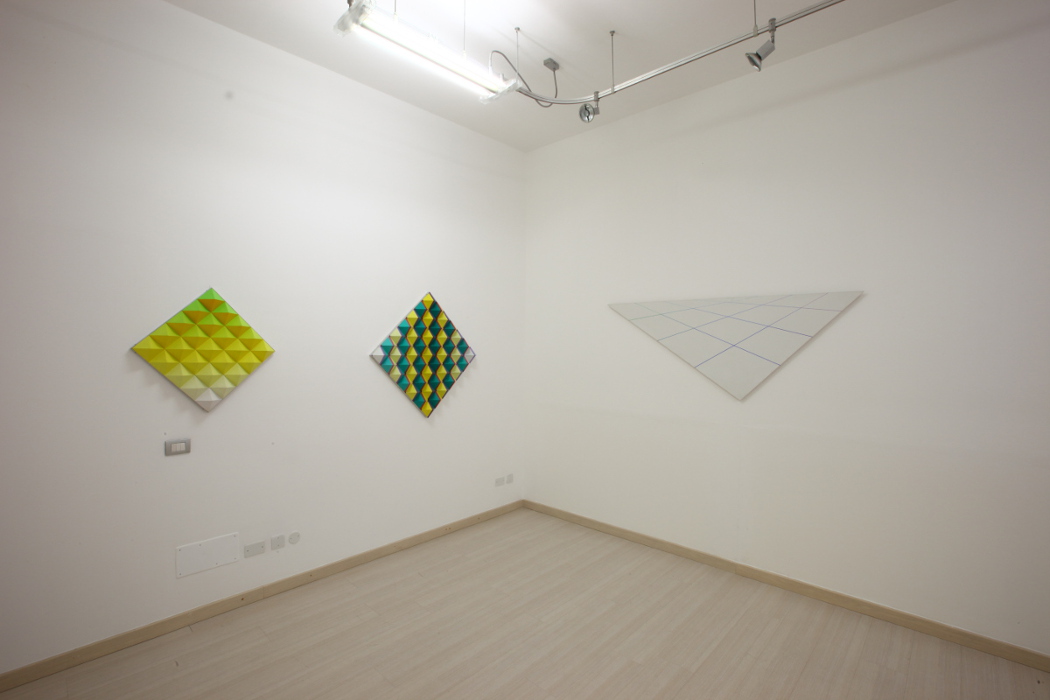 Menhir Arte Contemporanea is proud to announce the opening of the exhibition of Hans Jörg Glattfelder on Thursday June, 8, 2017.

This is not a show that needs just the involvement of the sensitive and emotive percep- tion of the viewers, but also knowledge of the idea at the heart of these works. It is due to this that Hans Jörg Glattfelder, one of the best known Concrete and Constructivist painters, has made available to us one of the most common tools for learning: a glossary, a dictionary for un- derstanding the language utilised by the artist for the creation of his works. Glattfelder’s wil- lingness to explain, discuss, and share his thoughts is probably what characterises him most. An artist, philosopher, and art historian, and all united in a single person capable of faithfully following the Art concret of Theo Van Doesburg by developing a meta-language necessary for the passing of time: to make Concrete Art by rethinking the prerequisites of Concrete Art.

There emerges from most of his writings a close and attentive study of art history and, in par- ticular, of this art movement. Given the origins of Concrete Art in the 1930s, this artist-historian fervently holds that, in order not to be subject to postmodern labels, it is necessary «to reacti- vate the original strength of this art through thought. Those who decide to operate in this field must measure themselves against its basic ideas, strong ideas that have a marked utopian character». Mathematics and geometry were only a very small aspect for Van Doesburg; his revolutionary idea was to shift the art process from the “signified” to the “signifier”, from the content recounted to pure marks, which he demanded «should not mean anything other than themselves».

As Glattfelder has stated, «In this way Van Doesburg completed the upheaval begun by Du- champ and Malevich, by rationalising and consolidating their conquests, and by bringing the visual arts towards the autonomy that music had gained many generations before. This area of research is still open».

It is in this very area that Glattfelder the philosopher acts when he creates his works and wri- tes essays and theoretical ideas: he does not fossilise what has been but has continuously searched, for more than forty years, for a new interpretation by accepting, rejecting or elabo- rating the principles of Concrete Art.

From the beginning of his art production in the 1960s, with his Approaches, Early reliefs, and his famous Pyramid-reliefs, he has rejected the doctrine of “right angles” and has introduced the idea of “non-Euclidean” geometry into Constructive art with his series of Non-Euclidean Me- taphors (NEMs). With his Nets and Colour-Rulers from the 1970s, he studied visual perception within a more complex and imaginative spatiality: these works were colour reliefs made from canvas that became a genuine “structure” and plane of inquiry. Such NEMs as the Permuta- tions of the 1980s, to use the artist’s words, are «thoughts about the epistemological correla- tion between scientific culture and plastic language». With the Synthetic Reliefs of the 1990s he rejected straight lines and substituted them with oscillating ones.